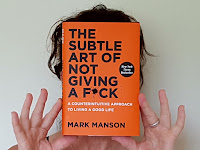 Heads up on the liberal use of a powerful word…

So yesterday I had a perfect parcel of “The Subtle Art of Not Giving a F*ck by Mark Manson arrive in my post box. And as I do, and sometimes do not give a f*ck, I dived head on in to see how good this attitude really is. How much does or does not giving a f*uck affect us?

I wondered about the energy – be it positive or negative that fuels this powerful word, that makes us either laugh or cry, feel beautiful or ugly, small or powerful. This word gets used a lot before, during and after a divorce or breakup. It has the power to fully start argument and to end them, it is the difference to the level of heat in a disagreement or agreement. It is used liberally and the thought of using it in our lives to ‘let go’ rather than ‘hold on’ amused me.

Divorce as we know, has been, for way too many years a place where emotions, wills and narcissistic behaviours properly hand out together. It is a place in peoples lives where both men and women regularly bringing their tired asses back for a really unkind bun fight.  The sort of unpleasantness that leaves humans really depleted, exhausted and nerves raw with the kind of Ren and Stimpy cartoon character bloodshot eyes-out-on-springs effect.

Are you not all done with fighting before agreeing to divorce? Is it at all possible that now the divorce decision has been made, that we need to give so much of a f*ck? Is now not the time to begin putting everything back in to some kind of semblance of kindness and workable order? So you can both separately, and with your kids, continue on with your lives with fewer battle scars mentally, emotionally and sadly sometimes physically?

Why does having a divorce supercharge the dynamos of anger, hatred and fierce fighting in lovely people once the hardest decision has been made?  Surely the divorce flag stuck on the top of an Marital Emo peak has to be the ultimate in demonstrating the ‘un-workability’ of a relationship. So why is it that divorcees choose to climb it again and again with court filled battles, each time a little more weary, financially poorer and dragging the kids along for the epic journey of distress too? 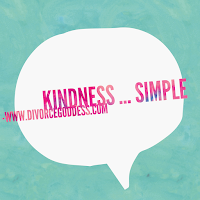 Choosing some of the ‘battles’ that present themselves whilst going through divorce is surely an opportunity to subtly not give a f*ck about what you had to either go through or live with in your married life.

So how can we make calmer choices and pick our fights with our Ex’s more wisely?  Think back to a bad patch – you know the one which would have left you feeling emotionally bruised and depleted of all positive energy, busily running around like an avoidance crazed person trying to forget the fight that just happened… And ask yourself this… Was what just happened all worth it?


Could a simple email have asked the question rather than a raging phone call or turn up at the front door and be the Netflix special of the night? Being more aware of how our actions make our bodies feel after an fight with our ex can help us also to take that magic mindful step back and not enter into the fragile divorce war torn zone…

Picking our battles is difficult when we are emotionally raw. Learning acceptance is about noticing how letting go of the times that really, really don’t matter in the grand scheme of divorce, is better than holding on to the poison of anger, fight energy and disappointment. It doesn’t make what happened right. But it could just be about the Subtle Art of Not Giving a F*ck…

Have a great rest of the week, go with awareness and kindness into whatever you chose to do…